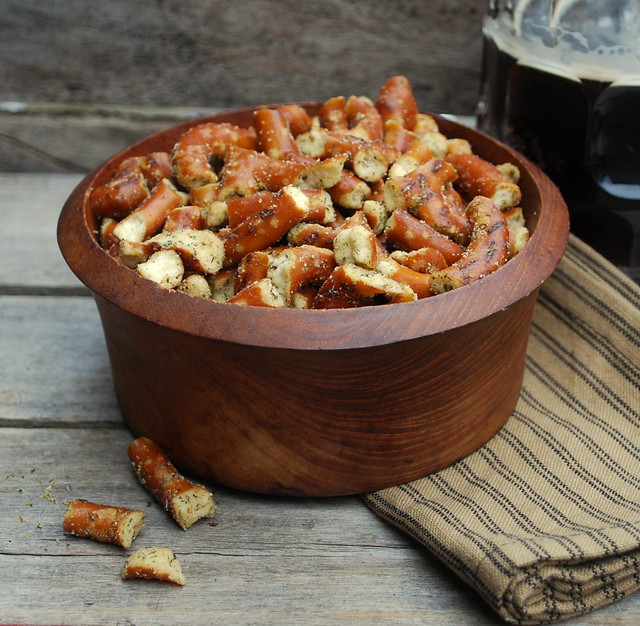 I had to post a Super Bowl worthy recipe seeing that the big game is only a few days away.

I'm from Rhode Island so I don't think I even have to tell you I'm rooting for the Pat's to win this one. Even if we weren't absolutely pumped for the big game, we still watch and I still make "football food".

Munchies are a must and these Seasoned Ranch Pretzels will certainly we served.

We love the Snyder flavored pretzels but I thought I they would be just as easy to make, so I made some. My boys are all about ranch everything, so I based the recipe around the ranch. Feel free to throw in whatever spice makes you happy, you can even add in some heat if you'd like.

Preheat oven to 200. Line a large baking sheet with parchment paper
Break the pretzels into pieces. Combine the oil and whatever spices you are using bowl, or you can just add the spices to the measuring cup that you placed the oil in like I did. Pour over the pretzels in the bag. Shake until all the pieces are well coated.
Spread the pretzels onto the prepared baking sheet in a single layer. Bake for 50 minutes, turning every 15 minutes or so. Allow to cool completely. Keep in a covered container.
Posted by The Cutting Edge of Ordinary at 11:21 AM No comments: 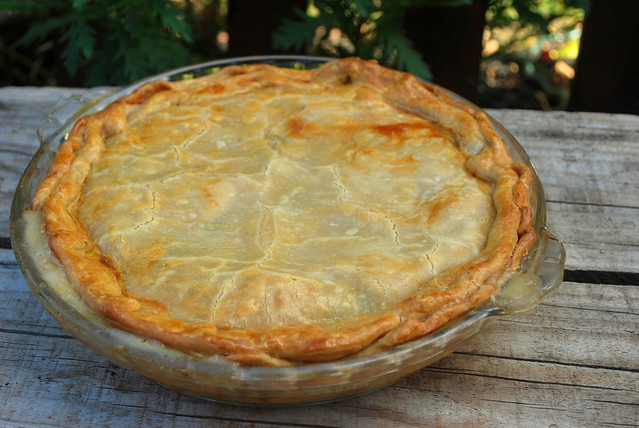 There are a few foods that my husband loves above all others.

I think Chicken Pot Pie is right up there with Mac & Cheese when it comes to comfort foods.

It's downright homey. It's frigid here in New England.  We are barely making it into the teens, so Chicken Pot Pie(s) are on the menu.

This is a recipe I've been using for ages. Just like most of my soup recipes, I kind of made it up along the way. Feel free to tweak it anyway you like.

This recipe makes enough for 2 pies for one BIG pie made in an 9x13. 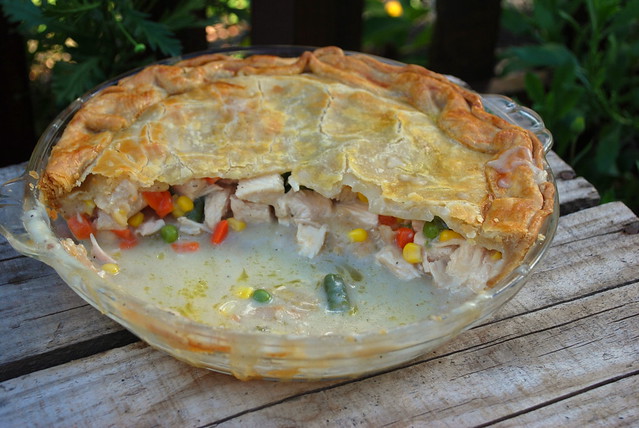 Add onions and the butter to a heavy bottomed pot and sauté about 3 minutes, just until they get a bit tender. Add in the flour and cook for a minute more just until the flour turns golden. Slowly add in chicken broth, whisking the whole time. Add in the milk whisk to combing. Continue cooking on medium heat, uncovered until sauce thickens. Stir this frequently so it doesn't stick to the bottom and burn.

When sauce has thickened, add chicken and mixed vegetables, and stir to combine. Salt and pepper to taste.

Now you can make this pie two ways. You can make 2 traditional pies in a pie plate, or you can use a 9x13 and made one big pie. No matter which one you choose to make, put in your bottom crust then fill it with the filling and top it with another crust. Press the top and bottom pie crust together to seal them. I just fold mine over a bit. I like the rustic look. Cut slits in the top to let the steam escape. Brush the beaten egg over top of pot pie. I highly suggest you bake your pies on a baking sheet covered in foil or parchment in case there is any spillage. Bake in a 375* for 30 minutes. The crust should be golden at this point. Take the pie(s) out of the oven and cover with foil so they don't get burned. Return to oven for another 20-30 minutes (or until hot and bubbly). Let the pie sit for 15-20 minutes before cutting.

* To cook the chicken breasts I placed them on a parchment lined baking sheet. I drizzled some olive oil over then and added some Italian seasonings and baked for about 40 minutes, or until the juices run clear. Once cool enough to touch I diced them up for the pies!
Posted by The Cutting Edge of Ordinary at 7:44 AM No comments:

Homemade Hot Chocolate! Yes you can! 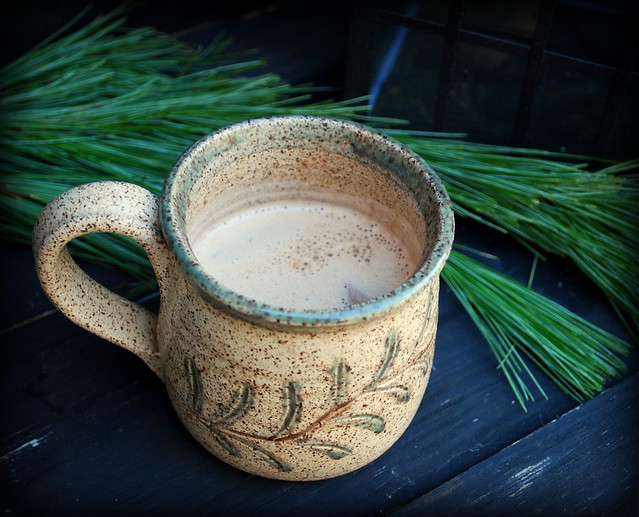 My youngest son is a hot chocolate fanatic. As soon as there is a nip in the air he's looking for a mug of the stuff. For years I bought the mix in the little bag and he was just fine with is, but as he got older he started looking for something different. We tried some of the upscale hot chocolate, with the upscale price tags and I decided they way he drank the stuff I'd be spending a good chunk of change every week to keep him supplied.

That wasn't going to happen.

So I went looking for recipes. I found a bunch. I experimented. I took a little from each one and BAM.....delicious, easy to make hot chocolate. Better than any gourmet hot chocolate on the market.

We have made 6 batches of the stuff since October. I keep a big jar of it in the pantry with a 1/3 cup measuring cup right in the jar. All they boys do is take a scoop and add it to a cup of hot milk.

I made up a few extra batches, jarred them up and got them all pretty for the UPS driver, the mail lady and the paper boy as little thank you's for them at Christmas. Who doesn't want a mug of delicious, creamy hot chocolate? 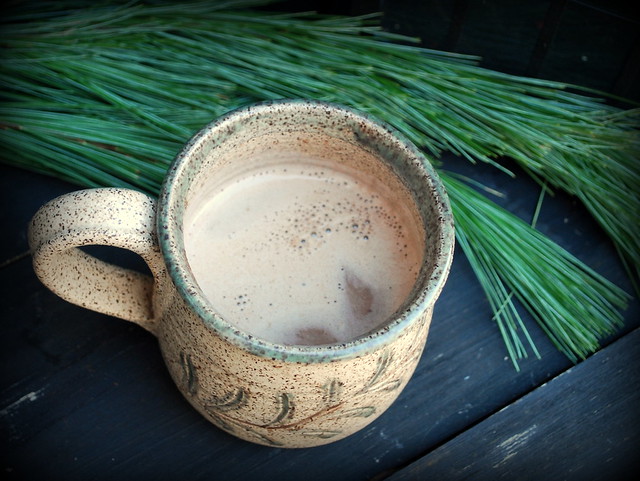