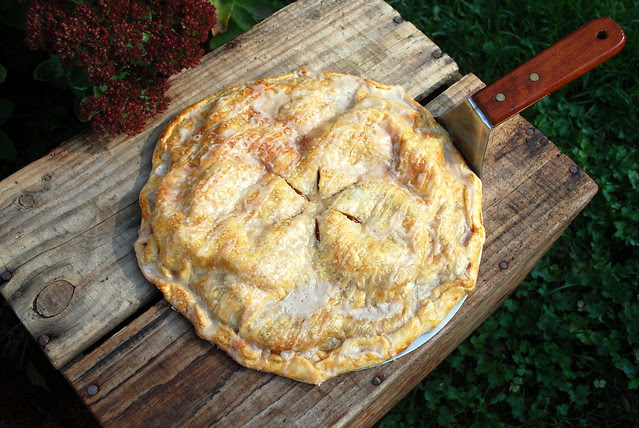 Hello lovely readers. It's been a heck of a few weeks for me.

My Dad ended up in the hospital after his defibrillator shocked him out of his chair 3 times. He ended up having a procedure done, was sent home and then a day later was shocked again. They sent him to Brigham & Women's in Boston for another surgery yesterday. What a whirlwind. Here we were in Ohio on vacation getting this news. To top it all off it was his birthday when he got taken back to the hospital. He had a five hour operation yesterday and everything went wonderful! I can finally breathe. I talked to him on the phone this morning and he sounds great. Phew.

We also headed out on vacation last week. We had a wonderful time in Ohio visiting my in-laws. We went to the Football and Rock 'n Roll Hall of Fames. Amish country (love!) and a huge craft's festival in the woods. It took us over 3 hours to see everything. I bought a gorgeous primitive Christmas sign, a handmade dip bowl, and a wooden carved spreader. We also visited an Amish market. I was in heaven. It was loaded with spices and grains, all sold in bulk and they had some of the most amazing cheeses' and butters! I bought 5 pounds of the butter and lots of spices and oats, popcorn, etc. Can't wait to start cooking with it all!

I made this tart before I left on vacation. It is my Dad's favorite and since I was thinking about him constantly, I decided to make it. 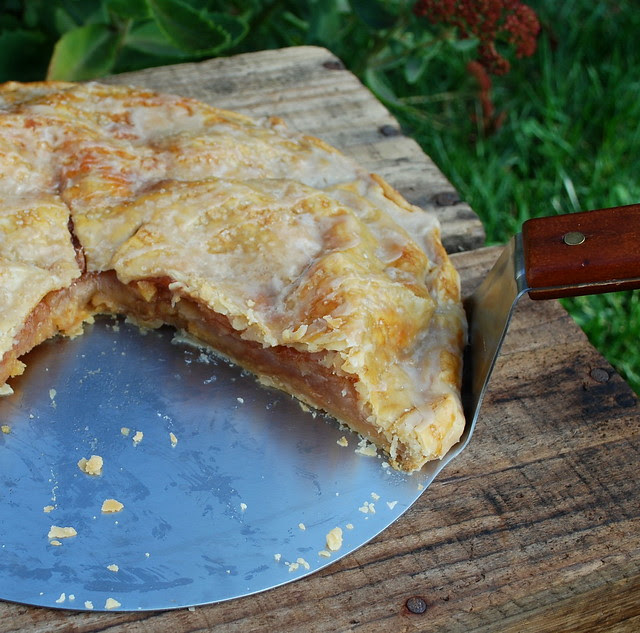 I blogged this back in 2009. I've been making it ever since. We love it so much. It's a staple every Thanksgiving. My Dad is pretty picky when it comes to desserts, but he loves this one.

It's very strudel like, no puffy apples in this.

It is made with cornflakes. Yes I said cornflakes. I know it sounds strange, but trust me, it works. You don't even know they are in there.

The maple glaze on top just brings this to a whole new level of goodness.

This is one of those recipes that I will pass down to my grand kids. I just know it. 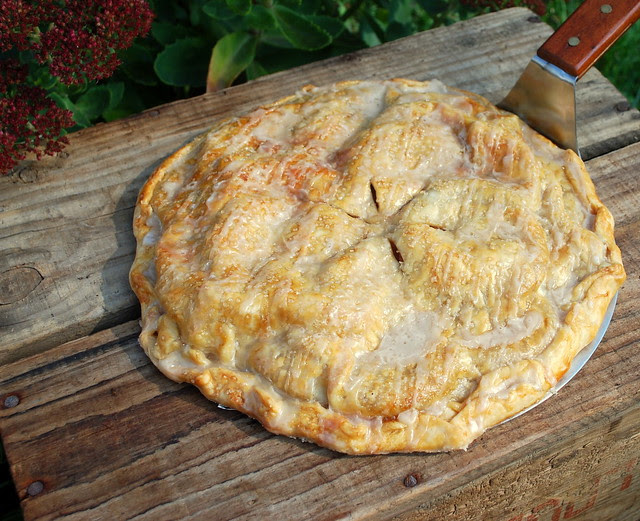 Heat the oven to 350. Place one pie crust on a work surface and sprinkle with ½ teaspoon of flour. Now rub the flour all over to coat the crust. Place the crust flour side down on an ungreased cookie sheet lined with parchment.

Sprinkle the cereal over the crust to within ½ inch of the edge. Top with the apples. Yes they will be piled on there. Combine the sugar & cinnamon in a bowl and then sprinkle it over the apples.

Now take the other half of the crust and just slightly roll it out just a bit. You want it to be a little bit bigger than the bottom crust. Don’t go crazy and make it pizza pie size, just gently push it out maybe a half-inch bigger.

Place the pie crust over the top of the crust on the cookie sheet. Fold the edge of the bottom crust over the top crust, pinch the edge to seal and flute. Cut several slits in the top. Brush with egg white. I sprinkled mine with demerara sugar just before I popped it into the oven too.

In a small bowl mix the glaze ingredients until smooth and drizzle over the warm tart. Serve warm or cold. If you topped it with some vanilla ice cream I wouldn’t squeal on ya either.
Posted by The Cutting Edge of Ordinary at 10:45 AM