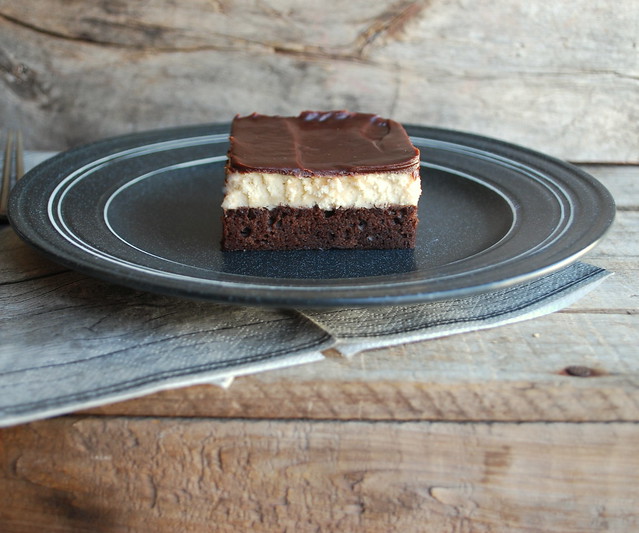 Just take a look at that brownie.

I had started a Pinterest board for Easter and as the months passed I'd see something that I thought would be delicious on our Easter table and I'd I pin it and kind of forget about it except when I saw these brownies I didn't forget about them.

As with most recipe that I haven't made before, I like to do a trial run with them to make sure the recipe is good. Nothing worse than trying a new recipe out on a group of people and finding out it's a flop.

These are not flops! A chocolaty brownie topped with a creamy layer with a hint of Irish cream, then topped with Irish cream ganache. My word, it was amazing. I had to give most of it them away so we wouldn't keep them all and eat them!

These will definitely be on our Easter table! 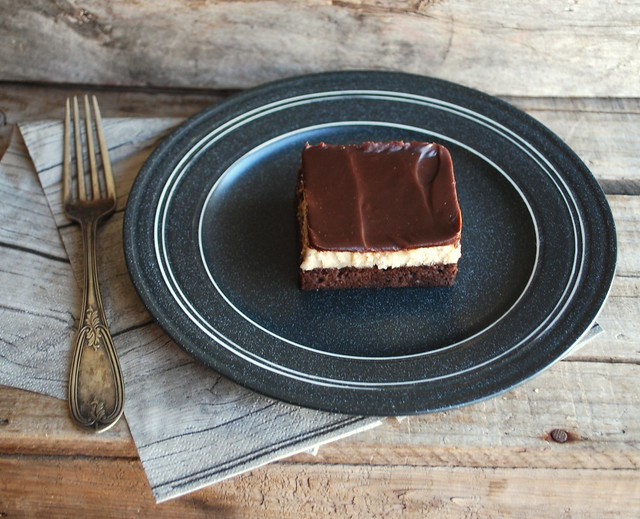 Prepare brownies according to package directions. Cool completely. I found a great organic brownie mix at the store, or you could use your favorite brownie recipe.

For the Frosting:
Beat butter on medium speed until fluffy. Add in Baileys and mix well. Add powdered sugar a little at a time until completely incorporated. Beat until soft and fluffy. Spread over brownies and refrigerate while making the ganache.

For the ganache:
Combine Baileys and heavy cream in a sauce pan over medium high heat. Put the chocolate chips in a large glass measuring cup (at least 2 cups). Bring the cream just to a boil and immediately poor over chocolate chips. Let sit 5 minutes without stirring. Don't touch it! Once the 5 minutes are up whisk until smooth and creamy and spread over frosted brownies. Chill until ganache sets.
Posted by The Cutting Edge of Ordinary at 7:14 AM